Why Pluto is a Dwarf Planet 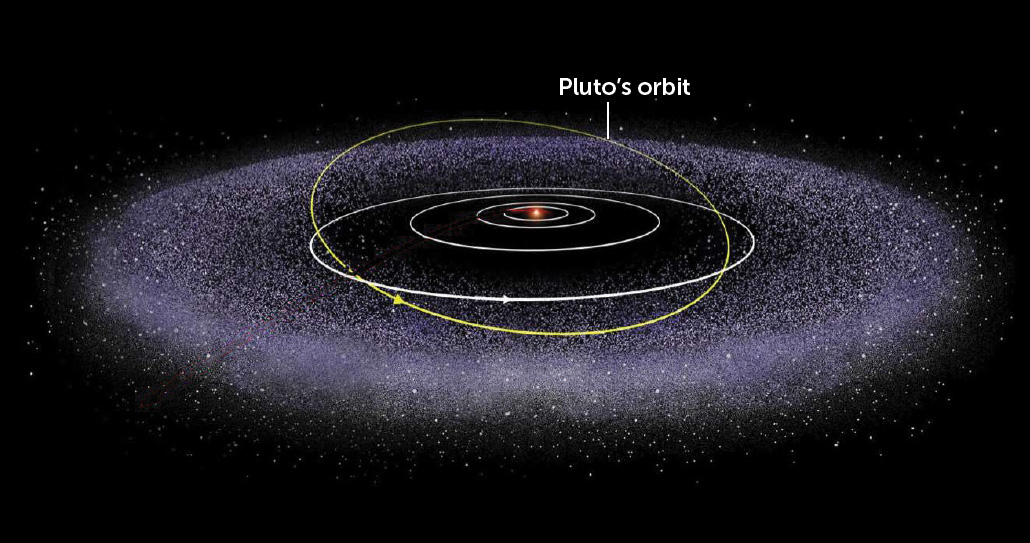 Since its planetary status downgrade in 2006, there has been much debate on whether or not Pluto is a full-sized planet. Even though Pluto is in orbit around the sun and has enough mass to be a nearly round planet, it is lacking a few characteristics that the other 8 planets have. Pluto is not in the same orbital plane as the other planets, as seen above. Not only does Pluto share its ‘orbital neighborhood’ with about 25,000 Kuiper belt objects called Plutinos, Pluto’s orbit can be closer to the sun than Neptune!

Do you think Pluto should have its planetary status reinstated? Comment below and check out these links to learn more!

Pluto is no longer a planet — or is it?

Why is Pluto no longer a planet?

The Plutinos -Completing the Inventory of the Solar System, Astronomical Society of the Pacific Conference Proceedings

The Dark Side of Pluto – The Planetary Science Journal