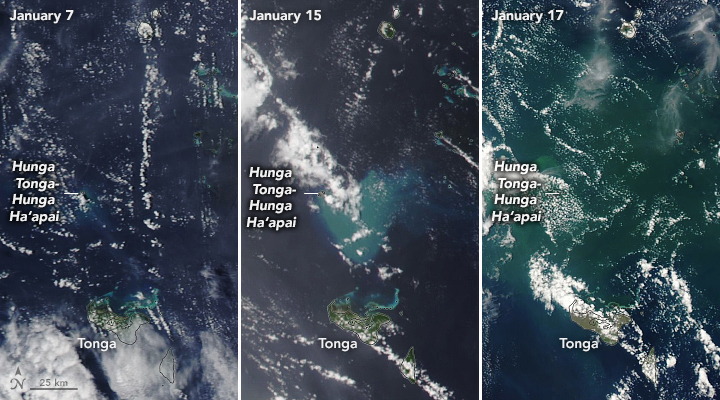 Just under a week ago, an undersea volcano off the coast of Hunga Tonga-Hunga Ha’apai shook, quite literally, half of the world. Captured from the GOES-West Satellite, a shock wave can be seen that was heard in New Zealand as well as in Alaska, roughly 5,822 miles & nine hours away! This eruption was so large because it was what volcanologists call a “fuel-coolant interaction”; when large amounts of hot magma collide with the cold water at a very fast rate. This releases a lot of gas and energy compared to magma sliding into the water. It is still too early to tell if this is the last eruption. Thankfully, scientist believe this major release in pressure relieved the volcano enough for following eruptions to be smaller.

Want to learn more about the previous Hunga Tonga eruptions, what may come next, or the satellites that witnessed the eruption? Check out the links below!

Why the Tonga Eruption Was So Violent, and What to Expect Next