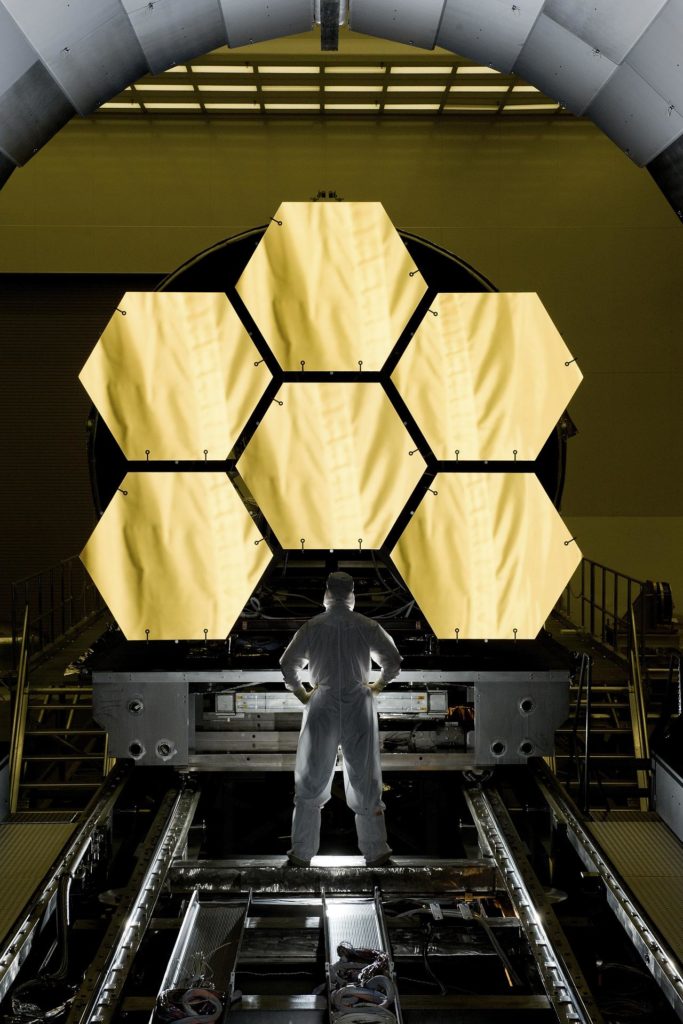 Despite a slight hiccup with attaching the launch vehicle adapter on November 9, the James Webb Space Telescope (JWST) is set to launch in two and a half weeks! It will then arrive at its final location around mid-January, just under a million miles away, unfolding along the way. At almost three times as wide as the Hubble telescope, JWST will collect 6.25 time as much light, allowing us to see further into space. The JWST will be able to see the birth of stars, watch how the early galaxies developed, observe the chemical makeup of exoplanets in search for life signatures, and much more that we won’t know until JWST discovers it!

Click on the links below to learn more about the largest, most powerful space telescope ever built!

Join Webb on a journey of discovery