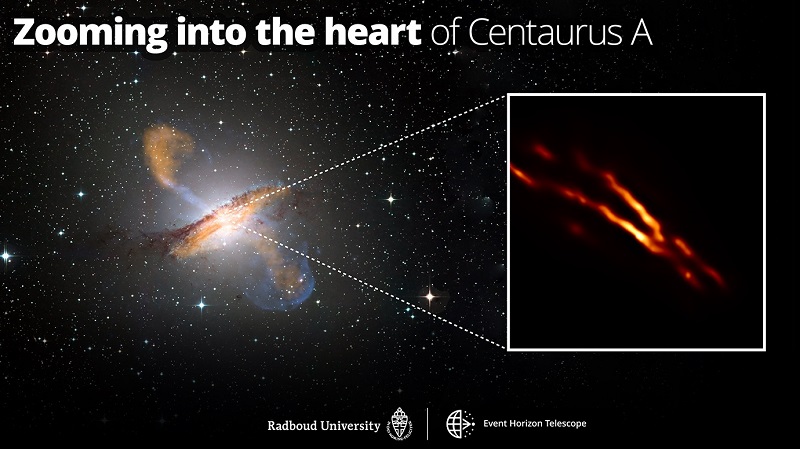 Do you remember the first photograph of a black hole taken a couple of years ago? The same Earth-sized telescope just released the most detailed image of jets shooting from the black hole at the center of Centaurus A, roughly 13 million lightyears away. These jets are emitted from a black hole roughly 55 times more massive than the Sun. The researchers are able to determine the likely launching point of the jet, revealing the location of the black hole. With this information, we might be able to see another black hole in the near future!

Click on the links below to read and learn more about Centaurus A!