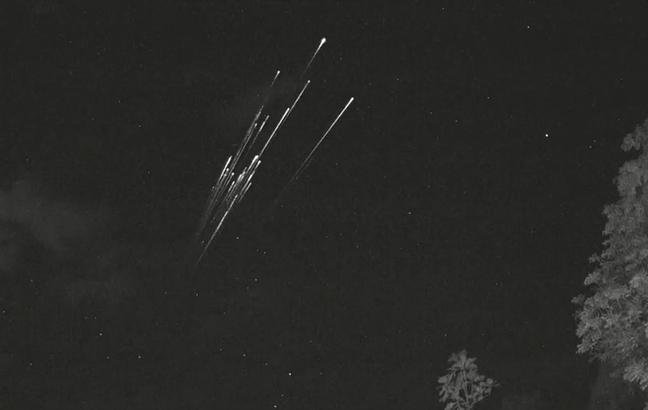 On February 3rd, SpaceX launched 49 Starlink satellites to hear only a day later that that a geomagnetic storm from the sun was reaching Earth. Tremendous energy is carried in these storms, which excite, heat up, and expand the upper atmosphere – the thermosphere. This caused the satellites to go through about 50% more dense of an atmosphere than anticipated.

The satellites went into a “safe-mode”, oriented like a piece of paper to ‘slice’ through the thicker atmosphere. Unfortunately, 40 out of 49 were unable to reorient themselves to raise their orbit, eventually burning up in the atmosphere over Puerto Rico early Monday morning. Want to read more about this story, or catch up on the latest SpaceX updates? Click on the links below!

Geomagnetic storm blamed for the loss of 40 Starlink satellites