Lucy is Less than a Month to Launch 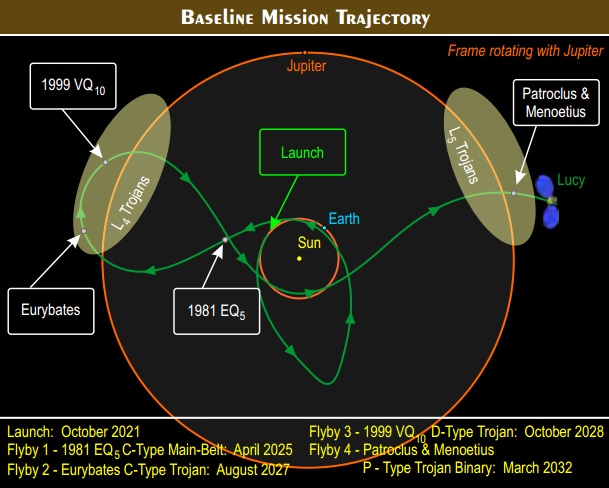 Named after 3.4-million-year-old human fossil, Lucy will be the first spacecraft to visit Jupiter’s Trojan asteroids. These asteroids are important to study because they will give us critical insight to the early solar system, just like Lucy gave us insight into early Earth! Set to launch on October 16, Lucy will embark on a 12-year mission. Starting with two gravity assists from Earth, the spacecraft is scheduled to arrive to the first set of asteroids in April, 2025.

Red Canyon is honored to be a part of the talented flight software team for Lucy. We are very excited to learn what Lucy discovers! Click on the links below to learn more about the launch!

Lucy Is Going to Space!

LUCY: Surveying the Diversity of the Trojan Asteroids